After last year’s Easter trip to Polperro I think I wrote 8 separate blog posts about it! I’ve decided to just show a couple of images from this year and not go too beserk about the holiday as I’ve got too many really exciting things to blog about over the next few weeks including the full wedding stories of Steph and James and Michelle and Nick, an amazing shoot I did with my wonderful photographer friends Jonathan Harris and Christine Ware and some great images from a session at The Lowry hotel in Manchester focusing on the bridal preparation part of the wedding day – exciting!

For now though, a little bit about this years family holiday to Polperro starting with some great news – my sister, Katie and her boyfriend Ant got engaged while we were there!

To cut a long story short, Ant found a moment early in the week to ask my Dad for permission to pop the question (good lad!) and then worried himself to death for nearly two days about his plan to propose! Ant woke Kate up at about 5:30am in the morning and insisted she join him on a 15 minute hike up to the war monument on the coastal cliff path to Talland Bay. Anybody who knows where I’m talking about probably feels the same as me – It’s a beautiful walk, but I wouldn’t fancy it at that time of the morning!

The plan was to arrive at the monument in time to watch the sunrise – how romantic!

Kate apparently needed a little bit of convincing when Ant was trying to get her to wake up, but she eventually got dressed and they made their way up the path.

It worked out perfectly, they got to the monument, the sun came up, Ant dropped to one knee and revealed a beautiful engagement ring and Kate said ‘yes’!

Here’s a shot of Kate and Ant at the very spot he proposed (I wasn’t there – I was tucked up in bed! We did this a couple of days later!) 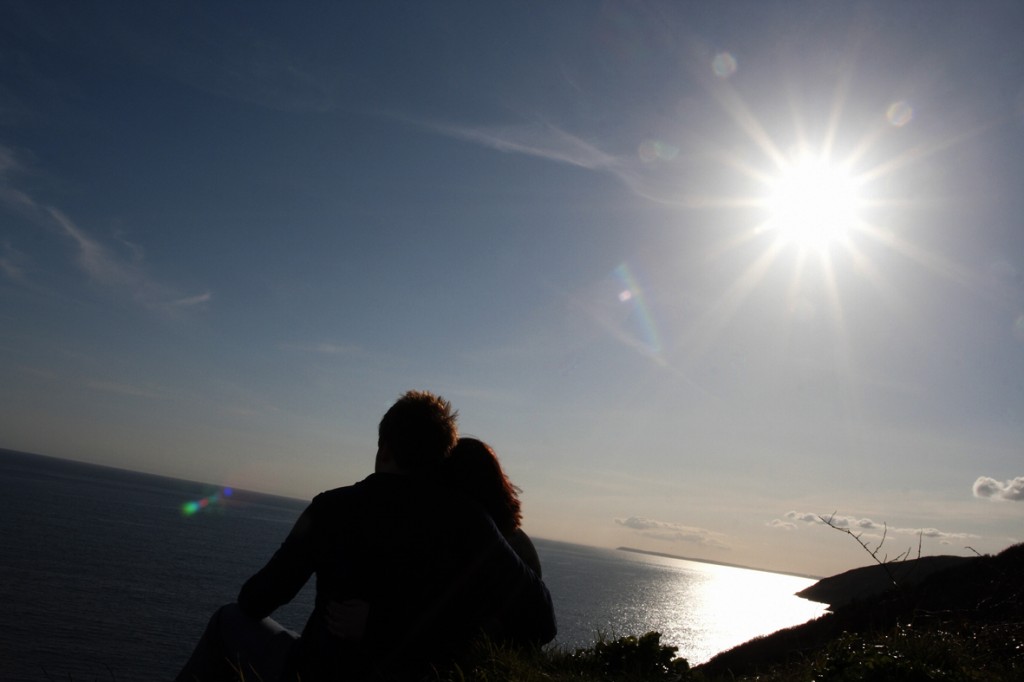 This is a shot of the view from the spot that Ant proposed – pretty spectacular hey? 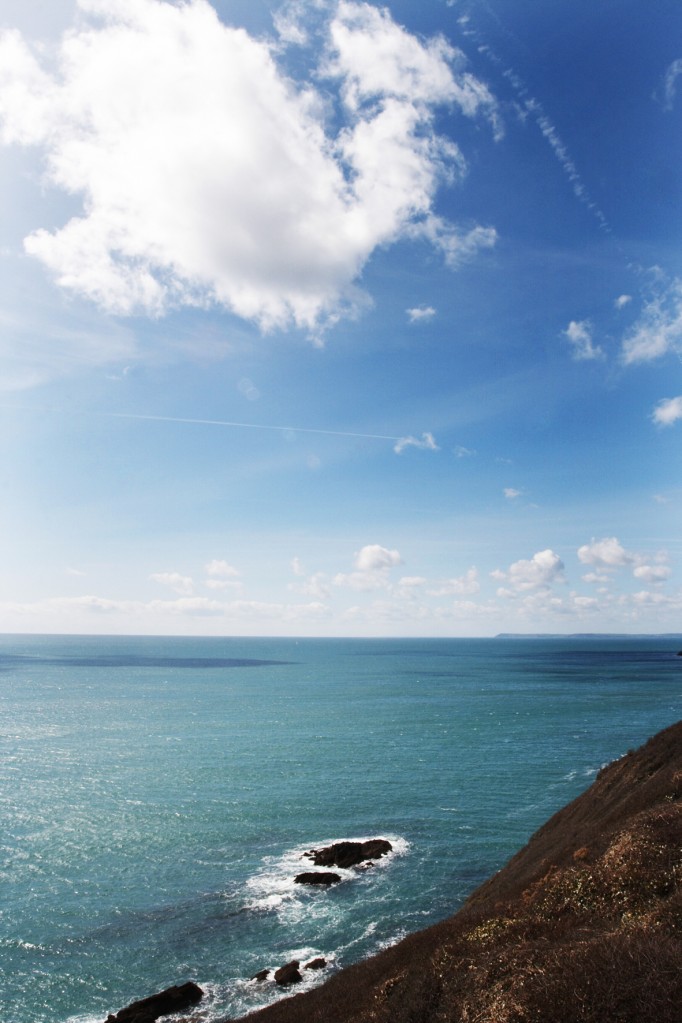 And finally a couple of images from days out walking. There were shots of us doing lots of eating and drinking as well, but you have to be over 18 to look at some of those! 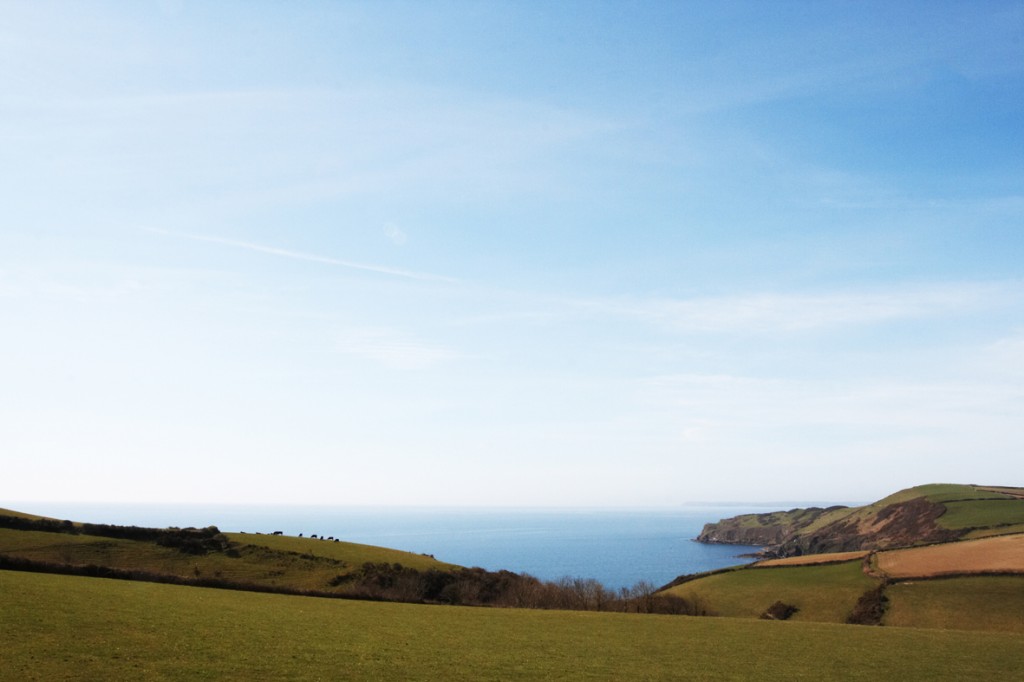 This is one of the beautiful stained glass windows at the very beautiful Lansallos Church that we pop into every year. There was an arson attack on it in 2005 and the local residents have done a wonderful job of restoring it. Every year we’ve been back it’s been wonderful to see the ancient building slowly being restored to it’s former glory. It’s also (and I think I mentioned this on a blog post last year but I love it so much that I’m mentioning it again) got the best headstone I’ve ever seen in the church yard.

The inscription on the gravestone records the untimely death of John Perry at the age of 24 in 1779 “unfortunately killed by a cannon ball by a person unknown,”

What a way to go! 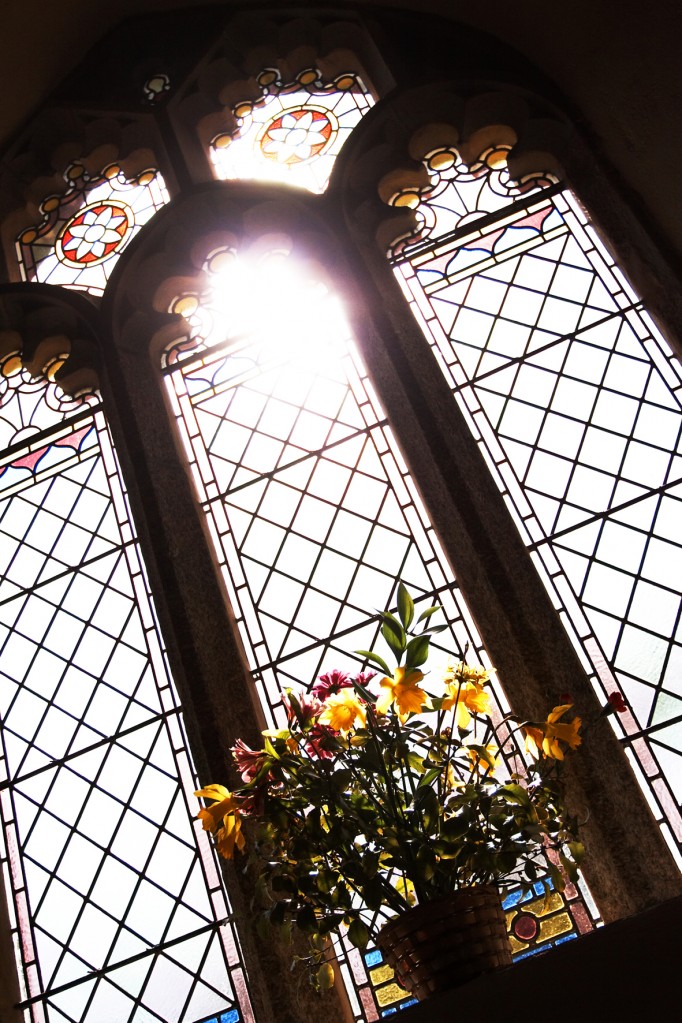 So that’s all you’re getting Polperro wise this year – it was a fantastic week down there as always, great to see some familiar faces in Richard McGeown at the fantastic Couch’s Great House Restaurant and Pam and Dave at The Cottage the guys at Pinky Murphy’s in Fowey and loads of other places!

Keep your eye on the blog over the next few days to see some amazing new stuff I’ve been working on recently!